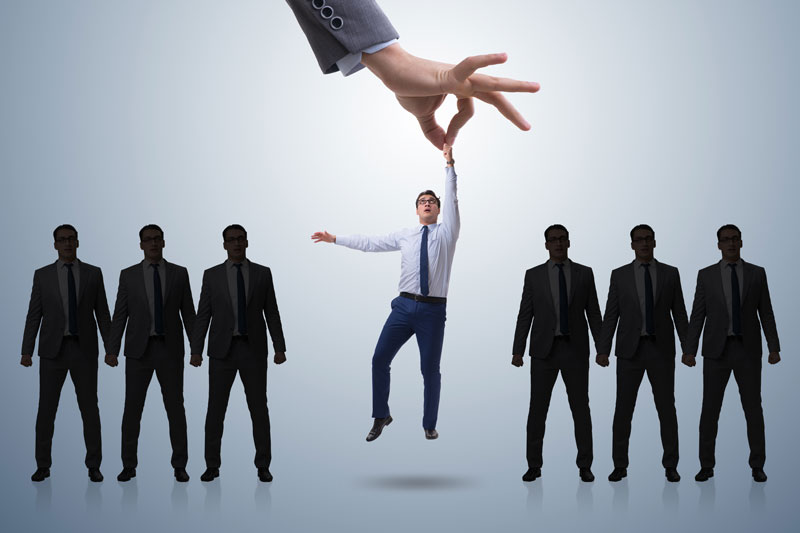 People who work together well as a team usually enjoy their jobs more, produce better work and become more accomplished in their jobs. So it’s no wonder many companies place a lot of emphasis on team-building and team-building activities.

But if you’ve ever been in charge of these activities, you know how hard it is to find games and activities employees actually want to participate in.

But a live escape game requires your group to practice all the skills you want to reinforce, while simultaneously being so much fun, your employees may actually start asking to have team-building day more often!

The article, “Escape Rooms: The Blue Chip Team-Building Day Your Staff Will Invest In” on lockpaperscissors.co, identifies ways an escape room can go a long way to build a stronger team at your company and not elicit groans when it’s announced when the next team-building day will be. Corporate team-building days don’t have to be a dreaded, miserable affair that manages to bring your employees together only due to their shared desire to avoid it.

Team Building: What Your Team Expects

A typical corporate team-building exercise is a non-work-related game that encourages employees to practice the same types of skills they use when collaborating on a project at work. Attend any team-building meeting or retreat, and you may find yourself maneuvering through a maze blindfolded, inflating or popping balloons, building towers out of unusual objects, or possibly trusting your coworkers to catch you as you plummet toward the floor.

As weird as they may be, these games do encourage the use of a variety of skills. And, to be fair, they’re not the least bit work-related. As for fun … that tends to be extremely subjective depending on the person playing.

A good team-building activity is a non-work-related game that not only encourages employees to practice the same types of skills they use when collaborating on a project at work, it’s enjoyable for everyone involved.

A better way to build a team

So, there is a type of game that requires participants to solve problems as a team, has nothing to do with most people’s jobs, and is almost unanimously described as fun. Competitive escape room experiences are the ideal team-building activity.

There can be only one

Competition results in excellence. It’s striving to be the best, to be the first, to be the chosen one that turns people into winners. When you divide your group into teams and set them on an escape adventure, it brings out the best in them. It’s a quest.

Corporate team-building activities that require employees to pass hula-hoops around circles or accomplish tasks without using their hands result in groans because nobody gets to be his or her best in those scenarios. Feeling awkward is the opposite of feeling like a winner. Whereas, a competition in which everyone feels empowered (blended with fun) brings teams together.

Escape games are made out of problems

Typical team-building activities require employees to strengthen their problem-solving skills. It just so happens that the #1 ingredient in an escape room is (you guessed it) problems!

Sure, other team-building exercises involve problem-solving scenarios, but they’re empty. The tasks and their solutions are unrelated to anything anyone can be proud of. The cool thing about escape rooms is that the puzzles are all related to an imaginative scenario. There’s storytelling involved, and completing each challenge moves the group toward a tangible goal.

Escape rooms promise a “dire consequence” if the team doesn’t escape within the allotted time period. Real urgency brings teams together better than any potato-sack race ever did.

You get problem-solving. You get time management. You get creativity under pressure. And your teammates feel like they’ve solved a crime or escaped an ancient tomb afterwards.

Hustling together is the key

You can’t successfully complete an escape room without communicating with your coworkers. Solving a series of escape room puzzles together requires participants to share information, listen to each other, express ideas clearly, and even interact using both speech and body language. Rather than favoring employees who excel at brainstorming or explaining tasks to others or keeping the group motivated, escape games bring everyone together to contribute in their own ways.

No individuals are singled out

For many, the worst part of a team-building day is the discomfort they feel when put on the spot in front of their peers. Escape rooms don’t put the spotlight on any one player; everyone gets to participate using his or her unique talents without feeling awkward or insecure. This makes the playing field much more level than it would be during a game that requires only hand-eye coordination, dramatic flair, or crafty inclinations.

Often, managers observe team-building exercises to see if any natural leaders emerge in a group. One of the best ways to do this is through a team-building escape room experience. Those who possess leadership abilities often stand out in escape scenarios by helping the team keep track of clues that haven’t been solved yet, make connections between seemingly unrelated discoveries, and boosting morale as the deadline creeps closer. When faced with tasks that require cooperation, leaders are frequently the ones providing guidance to each participant. If you’re looking to pinpoint which employees to put on a management track, look no further than the dynamic during a team-building escape room.

There are some awesome escape games at both locations, including: Alice’s Dream based on Lewis Carroll’s “Alice in Wonderland”; Spellbound centered around a cottage and a curse; Sherlock’s Study with a Sherlock Holmes’ mystery; Masquerade – Jewel Heist, featuring a stolen diamond and a masquerade ball; and just opened – RabaBank and Time Machine.